The Triangle Hypes up Female Founders 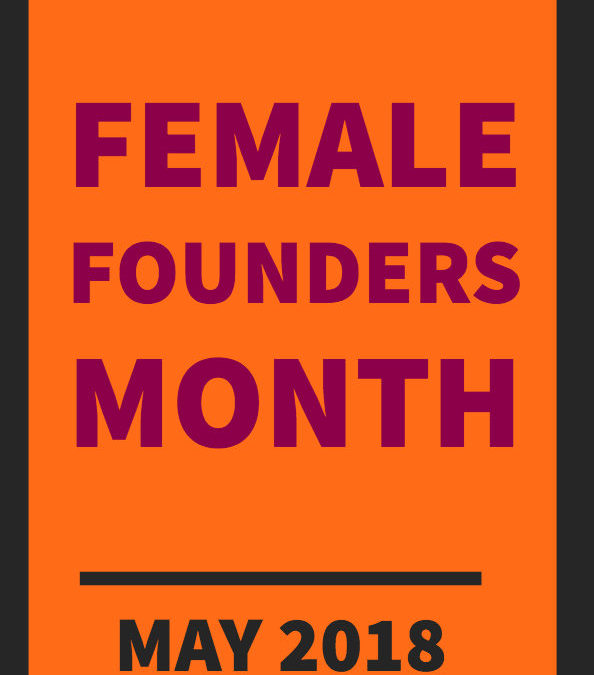 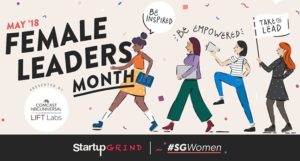 May drawing to a close marks the end of National Female Founder’s Month.  Here in the Triangle, one highlight was the Startup Grind’s Female Leaders celebration and awards. We’re proud to have the Founder of Leadership exCHANGE, Heather McDougall, awarded the Top Female Social Entrepreneur Award. Our fellow awardees include Jessica Mitsch from Momentum and Courtney Tellefsen of The Produce Box.

Furthermore, a mere 31 days felt too short to highlight the many successes of the Triangles Female Bosses, so we thought we’d sustain its emphasis by talking to a few female business owners about what makes Raleigh an ideal community for a woman with an idea.

Courtney Tellefsen secured the Top Female Founder award.  As a female founder, seeks out support and finds it in advice, “The biggest piece of advice I’d give other entrepreneurs is to look for all the advice you can get.  As females, we are naturally more collaborative so we seek out opinions and thoughts. The environment in Raleigh is very welcoming and is willing to give me good advice.”

“I think that companies around here, especially HQ, is really intentional about raising women up.  They have women founder’s day celebrations and networking events everywhere. If you seek out a women’s group in this area you will find one.”  Duffie echoed that there is a spirit of a ‘rising tide raises all boats’. “People here consider you as someone in their arsenal, that they can go to instead of someone that is a threat to you” .

Catherine Read is the Executive Director at North Carolina’s Inquiry on Torture.  After relocating from DC, she found that “there isn’t the same ‘Boys Club’ culture, which provides greater access for women.  There isn’t the same barriers as there used to be.”

“I see a lot in the triangle area is that people are accessible in a way that I haven’t seen other places.  I think there’s a warmth and an accessibility here. A hard truth is that female founders are not as common, so there is a scarcity that makes it so we’d rather learn from each other instead of compete.

In my early career, I kept being told I needed mentorship and they kept pointing to men and I thought ‘there must be some powerhouse women in this area’  I left and came back, and the same thing was happening where I kept getting directed to men. So I founded Tide Risers, where women support other women.  Women supporting other women is very tangible.  It’s a cohort based experience with mentoring and one-to-one so she has built this model where women can launch their own cohort all over the country.  It is that community that I didn’t see growing up, that wasn’t tangible yet.

What I wanted to see, I just made.  It’s life giving.”

Heather McDougall, Founder of Leadership exCHANGE (@leader_exchange) is the winner of Startup Grind’s Female Social Entrepreneur award and co-founder of e51 (@e51com).  Searching for a vibrant and growing city to relocate her social enterprise, she chose Raleigh/Durham over cities such as Austin, New York, and her hometown Denver.

“It is easy to find numerous women innovators in the Triangle to celebrate. One thing I always highlight to visitors to the area is the rich ecosystem of women innovators. We are very fortunate to have so many high caliber women from a variety of industries and stages.  It is extremely easy to create a peer group of collaborators and supporters.”

“We’re a small enough city where I feel like we can have access and context for women of all sectors.  The culture of communication and collaboration really leads to women making contacts in the arts, and tech and banking.  We’re lucky to have such a supportive environment.”

She was a panelist at the Chelsea Clinton Women in Innovation dialog hosted by e51, Leadership exCHANGE and HQ Raleigh. “It was incredible, I thought it was very powerful moments in positivity in what seemed like a very negative campaign.”

“I think there’s something about Raleigh that we welcome graciousness and the city is growing fast and I appreciate the spirit of inclusivity and curiosity.   It’s a lot of small moments; it’s a combination of Ashley Christensen and Heather McDougall and Brooks Bell and Liz Tracy, and Sandy McDonald with the NC symphony.  They are an example of the collective spirit.

It is about lifting one another up but it is also about lifting people up in general, which is really prominent in women’s leadership.

While I was at Kidznotes, I grew it from 60 kids to 500 kids, and that was done through collaborative work and fortunately, being a recipient of a lot of advice and support.”

She is excited to continue the collaborative spirit at the national level by working with El Sistema.  El Sistema is the movement that originated in Venezuela that sparked Kidz Notes. NoEl Sistema international movement for musical social change.

Sarah Glova works out of HQ Raleigh as the founder of Reify Media, (@ReifyMedia) a web-development consulting startup.  Uniquely coming from an academic background, we asked about her experience with the women’s entrepreneurial community as she learned how to start and grow her idea as a business.  Additionally, Sarah just finished her Ph.D. from NCSU!

That shift happened when I was given the opportunity to ask questions and get really practical advice with no judgement.  I think in a lot of business environments, you may be embarrassed to reveal what you don’t know. The women here gave me really authentic feedback and I wasn’t scared to show them what I didn’t know.

I think we have roots in southern hospitality. I see that translated into ‘I want to know your story and I want to help you, and I want to connect you to others.’

I also think that we are also very diverse; we have a lot of cultures represented, we have a lot of people here that weren’t born here and I think there’s an interest in finding out what Raleigh is capable of together.

Finding the right community was a process of trial and error, “I joined all of the business and start-up oriented organizations, and finally, a women business owner group.  I’m from academia, and I knew that I didn’t have a business background.

In a women’s group what I found was an example of what I could do.  It wasn’t abstract anymore, so I could see what I wanted to be and that is why I was so driven to that space.”

Next, learn more from the Kauffman Foundation (@KauffmanFDN) about creating this type of healthy ecosystem for women here.

So, here are a few quick facts worth patting ourselves on the back for: 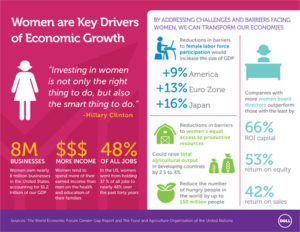 Of course, there is still much work to do. Engage with the Triangle’s various women’s advancement ventures to learn how to build more in your city:

Next, learn More about women and innovation everywhere:

How Women Entrepreneurs Can be More Successful, Forbes

Female Entrepreneurs are the Next Wave of Business Success, Inc Magazine

Women and Entrepreneurship in Australia by The NSW Department of Industry

Will Female Founders Get the Funding They Deserve? Inc Magazine